In our warmer climate, tick infestations are year round in Carlsbad. Ticks can survive some fairly harsh conditions. And while our Southeast New Mexico desert can get bitter cold in Winter, it takes an extended sustained freeze to kill and get rid of ticks. At least until next season.

If you've ever had to address a tick infestation, you already know how difficult or even impossible they can be to control. Like most folks, you probably armed yourself with an insecticide labeled and guaranteed for ticks, mixed it just like the label says, sprayed the yard and house just like the label says, and felt confident that the deed was done and the infestation was under control. 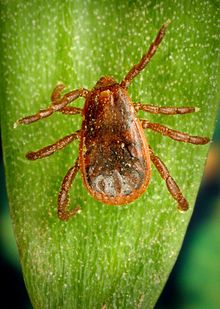 In most instances it usually doesn't go quite like that. Generally, most folks just spray one treatment. It will have visible results of a quick knockdown and it will appear that they have the ticks under control. Then, slowly after a few weeks, they're back.

So they spray again. However, this time it seems that no matter what they do or how much insecticide they use, they just can't get them out of the yard, out of the home, and off of the pets.

Most homeowners with good intentions usually realize failure rather than success because they take the wrong approach. Making only one light treatment of one type of pesticide, they don't realize that some ticks even of the same species have a natural tolerance to some insecticides. Resistance is questionable but has been proven in some types of insects. Regardless, by the time a professional is called, his or her job is even more difficult in designing an effective program.

Why Are Ticks So Hard To Kill?

Initially, it's not so much that they're hard to kill. It's that most folks don't understand that managing a tick infestation is a timed process that requires several steps and treatments to break their life cycle. It most often takes a little more of a systematic approach than simply spraying the consumer strength bug sprays that are available to you.

Important considerations for Managing An Infestation

Insecticide resistance is questionable but not entirely out of the question. It has been proven in a lot of different insects including some cattle tick populations. However, tolerance to a specific class of insecticide is more probable. To be on the safe side and why we believe our tick treatment programs are so successful, we use a different class of pesticide in our second treatment. Some ticks simply won't die no matter how much of certain classes of insecticides you use.

Just to be clear, a different name of insecticide does not mean a different class. For instance, Bifenthrin and pyrethrin are different named but in the same class with similar modes of action. Do your homework when choosing and changing pesticides for better results.

Also, not mixing correctly, applying incorrectly, not getting thorough coverage, or using an inferior product  will often simply just make some ticks sick for a while. Once they recover, they and their offspring could possibly be resistant. Again though, tolerance to the insecticide used is probable.

Be Responsible And Safe

There use to be a lot more effective pesticides available to the general public that are now only available to professionals. There is good reason for this and I happen to agree with it. The general public has the mentality of " if a little works ok, then more will work better". This seems logical but it just ain't always true. Also, It's this and improper handling that has caused a lot of environmental issues and injury to people and pets.

Yes, the good stuff that use to work so well has been taken away from the consumer. Generally, a lot of what is available over the counter is weak or no longer effective. There is recent evidence that some ticks and other insects are becoming pyrethroid resistant.

This doesn't mean that you should mix the insecticide stronger than the label says or just spray more. I know, it sounds logical but it's not environmentally responsible or safe. And on top of that, it could actually end up costing you more than professional pest control and still not work.

In a best case scenario, let's say you get a perfect kill in your yard and home and on your pets. You used the right stuff, mixed it correctly, applied the proper rate, and all the ticks are gone. Then in a few weeks, they start to appear again. Why? What happened?

This is where the timed program of a different class of chemical is critical. This application is usually done in ten days to two weeks. While you killed all of the existing ticks, most insecticides don't kill the remaining eggs that are left. And even if they do, they're not very effective for a 100% kill. Eggs can continue to hatch and a re-infestation is in the making. A properly timed second and even third application of a different class of insecticide is critical to keep these new ticks from reaching maturity and laying more eggs. This helps break the life cycle.

I won't get into the total scientific explanation of how insect growth regulators work. Basically, they're birth control that keep insects from developing correctly and being able to reproduce. They are a critical element in breaking the life cycle of ticks and other insects as well. Insect growth regulators are an important part of most of our pest control programs here at Horizon Pest Control.

Treating Your Pets At The Same Time

You are ultimately responsible for any treatment of insecticides you apply to your pets, home, and yard.  In no way should anything discussed here be considered as advice or a suggestion of Horizon Pest Control, LLC of Carlsbad, New Mexico. Before applying any type of treatment to your pets, you should first consult with your veterinarian.

In the first place, any infestation should not be left unattended to the point that your pets themselves are infested with parasites of any kind. It is unhealthy, irresponsible, and uncomfortable to your pets. Take care of your animals. Begin a program or call a professional pest control technician at the first sign of ticks on your pets.

There are many new advancements in types of direct treatments for parasites on animals. From dips and sprays to collars and drops to even internal applications, there are a lot of methods that can be considered for what is right for direct treatment of your pet.

It is pointless to treat your entire yard and home for ticks while leaving your pets exposed or infested. They are the life and food source of the parasites. Leaving them untreated is like not doing anything at all. If you choose to do this step yourself, even at the advice of a veterinarian, you are ultimately responsible to read the label and make sure it's safe.

Adjuvants are generally associated with weed control to make herbicides more effective. They are used to help the herbicide spread over the plant better while also helping the weed killer penetrate better.

What most folks and even some professionals don't understand is that they are very useful for not only getting a more thorough application, but also to help penetrate the bodies of hard shell insects like ticks. They help make insecticides more efficient and effective.

Getting rid of ticks yourself is very possible. It just takes a little homework and common sense to do it properly and get results. Unfortunately, by the time an infestation is noticed, there generally isn't time to get all the facts and gather the right materials.

To kill and get rid of ticks is a lot more than spraying for common bugs and spiders. At Horizon Pest Control, our service techs are very knowledgeable about the bugs in Carlsbad and Southeast New Mexico and what insecticides and methods it takes to control them.

If you live in the Carlsbad, Artesia, or other Southeast New Mexico area and have a tick or any other type of insect issue, give us a call for a free evaluation, estimate, and service. 575-725-9331